As for me, it looks like a great law school exam problem! Keep your eyes on this one - some new law may come out of it as to ownership of this kind of intellectual property.
Posted by Prof G at 2:38 PM No comments:

I'm Back with a New Book, Law Firm and More!

Over the past two years, I've

The hard copy version will be released in the U.S. in August. The European version is available on the Elgar website at http://www.e-elgar.com/bookentry_main.lasso?id=15187.At slightly over $100, the hardback is targeted primarily to the library and other institutions market. A much more reasonably priced version ($40), as an ebook, is available at http://www.ebooks.com/searchapp/searchresults.net?term=comic+art%2C+creativity+and+the+law.

My thanks to everyone who helped with the book, particularly series editors Shubha Ghosh and Robin Malloy, and endorsement writers Justin Hughes, Mark Lemley, Peter Yu and Rob Salkowitz.

With all of this work done, it's time to return to blogging! And there is much to write about, with new SCOTUS decisions in copyright and related fields, and much more. I am also getting ready to return to San Diego for the International Comic-Con, where I'll be speaking on two panels - a Comic Arts Conference panel with Rob Salkowitz on Thursday morning; and a return to the Comic Book Law School panel on Saturday morning.  Blog posts to follow - stay tuned!

I.       Comic Book Law School - I've been attending comics conventions around the country for over a decade, and have spent the last five years speaking as a lawyer and scholar on the intersection of comics and the law. The past two years I have been a panelist on the hot topics panel portion of the three-day Comic Book Law School program presented at the San Diego International Comic-Con - billed as the largest such convention in the world. My friend and colleague, Beverly Hills IP attorney Michael Lovitz, does the pro bono service of offering this program to attendees (a mixed bag of lawyers, artists and fans) every year.

Each year I participate I am reminded that those of us in legal education, or in active practice representing relatively savvy clients in IP matters, tend to lose sight of how for many members of society, the basic principles of IP law are a mystery.  Popular myths are persistent (i.e.: you can obtain the legal protection of copyright by mailing a copy of the work to yourself), and there is often confusion as to what a copyright protects - the idea/expression dichotomy is a source of much confusion.

Given the increasing importance IP has in society, it may be worthwhile for colleges, and possibly high schools (yes, even in this cash-strapped time for public education), to offer training in basic IP law (copyright, trademark, patent, trade secret, unfair competition and right of publicity) in an array of concentration areas in their curriculum. IP issues are important in the Business Administration field;  in Computer Science;  in Political Science;  and in all aspects of arts education, ranging from music to film. Law schools and local bar associations should encourage faculty and IP practitioners to offer talks, lectures and classes in their areas of expertise, to shed much needed light about these subjects.

2.       Robot Chicken and the Parody/Satire dichotomy - Robot Chicken is a stop-motion animated television series created by Seth Green and Matthew Senreich, which airs as part of the Cartoon Network's Adult Swim programming. The show makes me laugh often, and cringe occasionally. The creators and writers presented a hilarious panel at last week's Comic-Con.

The IMDb industry website characterizes the show's non-stop sketches as "satire", and the Wikipedia entry calls the program a "parody" show.  The reason for the confusion is that it offers a bit of both forms of content. Using toys, action figures and dolls, the sketches skewer pop culture in a broad array of contexts, from movies, to television, reality shows to comics. Celebrity voices add to the wicked sense of humor, with the celebrities often showing the good sense to participate in episodes that poke fun at themselves.

In between the intentionally juvenile barf and fart jokes can be found mordantly funny and sometimes dark or dry humor that parodies popular movies, television and related media, as well as sketches that satirize pop culture trends (the sketch which takes four popular children's toys in the My Little Pony series, and recasts them as the Four Ponies of the Apocalypse comes to mind). From a teaching standpoint, the show offers a great opportunity to illustrate the difference between parody and satire, as well as an opportunity to showcase the principle that the First Amendment exists not just to protect content we enjoy, but also material that we find offensive - as the content of this program is often likely to offend at least some, if not most, of its viewers at one point or another - no one and nothing is immune from its reach.

Of interest also is the fact that despite the sometimes very dark tone of its parodies and satires, the creators of Robot Chicken have not apparently been sued, neither for copyright infringement, nor a violation of rights of publicity, or of defamation (their parodies of Paris Hilton and Lindsey Lohan are particularly provocative). This may be, at least in part, due to what has become known as the Streisand effect - the idea that suing might bring more unwelcome attention to the defendant's conduct, and that the better tactic is to simply wait out the fifteen minutes of fame the parody will draw, before the fickle public and media moves on.

In my next Comic-Con related blog post,  I will address violence by fanatic fans at the Con, and I'll summarize the state of comics censorship and the ongoing work of the Comic Book Legal Defense Fund...stay tuned till then.
Posted by Prof G at 9:52 PM 1 comment: 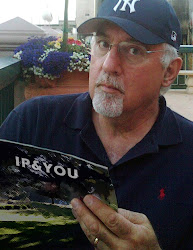